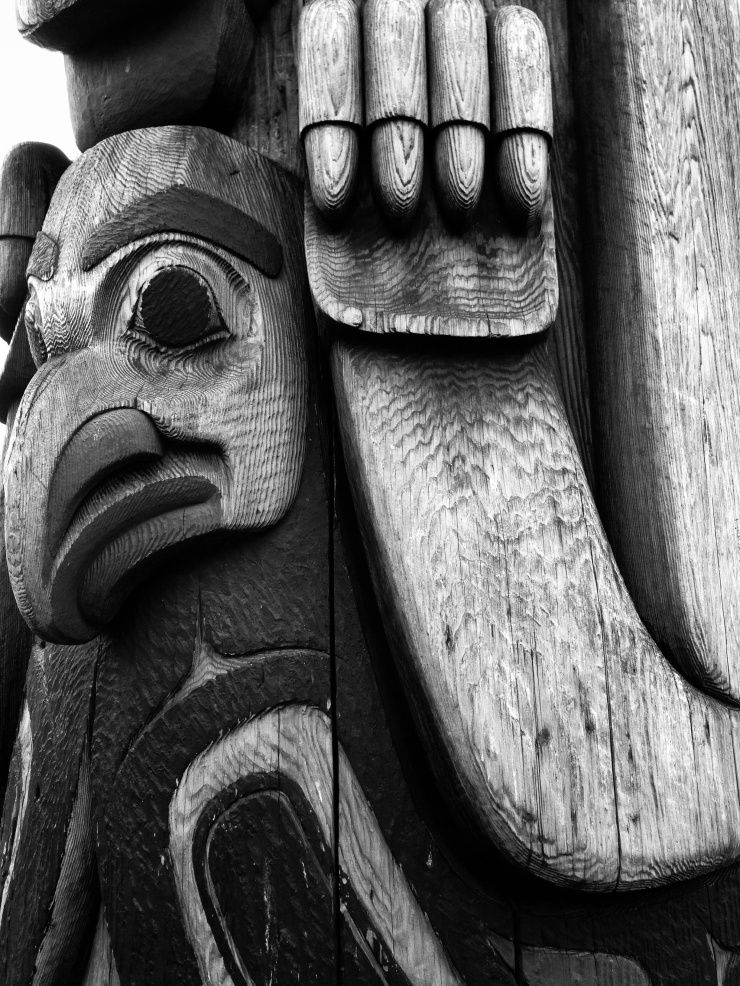 This close view of a totem pole is from one of two popular 50 foot cedar poles at Victor Steinbrueck Park near the Pike Place Market in Seattle, WA.  Seattle Architect Victor Steinbrueck is credited with spearheading the preservation movement to protect both the Market and Pioneer Square districts in the 1960’s and twenty years later a small parcel of land adjacent to the market and overlooking the Seattle waterfront was developed and landscaped as a city park.  The  new Market Park was dedicated in 1982 and featured plans for two large totem poles designed by Victor Steinbrueck and carved by James Bender in the style of Northwest Coast Indian Art.  The finished poles were installed in 1984 and after Steinbrueck’s death in 1985 the park was renamed to honor him.